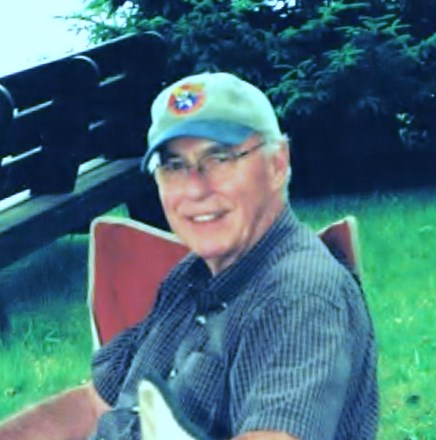 Obituary of Thomas B. Jones

He was born on May 4, 1930 in Queens, New York a son of the late Charles and Mary (Reilly) Jones. Tom attended elementary school in Queens and went on to graduate from Oneida High School.

Tom proudly served his country during the Korean War with the United States Air Force.

On June 6, 1953 Tom and Darlene E. Sheriff were united in marriage in Springfield, Mass, and shared that loving union of over forty-eight years together until Darlene's death on December 17, 2001. Prior to his retirement of forty-two years with Oneida Limited Silversmiths Tom was employed as an engineer.

In his spare time he enjoyed building and flying model airplanes with the Mohawk Valley Firebirds and was a member of the Paradise R/C Flyers.

Family and friends are invited to call on Friday, July 5, 2019 from 4:00 to 7:00 p.m. at the Malecki Funeral Home Inc. 23 Front Street, New York. A mass of Christian Burial will be celebrated on Saturday July 6, 2019 at 10:00 at Holy Family Church, Peterboro Street, Vernon, NY. Burial with military honors will follow in St. Helena's Cemetery, Middle Road, Oneida, New York. In lieu of flowers donations may be sent to the Vernon Volunteer Fire Dept., PO Box 773, Vernon, NY, 13476. Online condolences may be sent to maleckifuneralhome.com

To send flowers to the family or plant a tree in memory of Thomas Jones, please visit Tribute Store
Friday
5
July